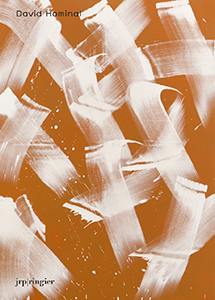 order
Since the mid-2000s, David Hominal has been one of the most original and vigorous voices of the contemporary art scene. This first monograph offers an overview of Hominal's practice, underlining his engagement in representation, expression of the Self, and the traditions of art and art history.
As French art critic and curator Stéphanie Moisdon states in her commissioned essay: “Hominal's œuvre stands firm in the middle of the contemporary tumult, neither reveals nor conceals any hidden part. It stands there, in the entire coarseness of its appearance. No tongue-in-cheek humor, no false flooring, illusion or trickery. His painting expresses only what it shows, diverting the endeavors, as tiring as they are many, to clarify and reveal. In his work there is a constant oscillation between homage and dismantling, between too much and too little, between the elimination (of sources, of contexts) and the appropriation (of sensations, of intensities), from which bare forms arise.” A second essay by Laurence Schmidlin, Musée Jenisch Deputy Director and Head of the Cabinet cantonal des estampes, analyses Hominal's practice and relationship to printmaking in the global context of his work.
Published at the occasion of the artist's exhibition at Musée Jenisch, Vevey, Switzerland, from March 4 to May 15, 2016.
Working primarily with painting—principally in series—David Hominal (born 1976 in Evian, France, lives and works in Berlin) also explores sculpture, drawing, film, printmaking, performance, and installation. His multifaceted work is the offspring of an exceptionally intense relationship with the world. It is a place where images drawn from both personal and everyday sources interact; where disciplines such as dance, music, and the visual arts converge.
order
Edited by Laurence Schmidlin.
Texts by Stéphanie Moisdon and Laurence Schmidlin.
published in May 2016
English edition
20,5 x 28,6 cm (hardcover)
64 pages (50 color ill.)
25.00 €
ISBN : 978-3-03764-463-8
EAN : 9783037644638
in stock 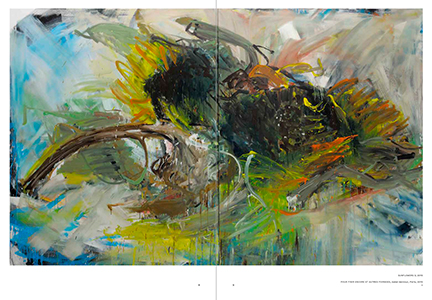 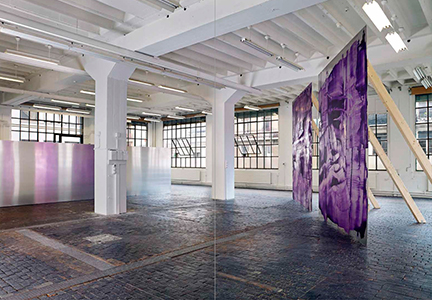 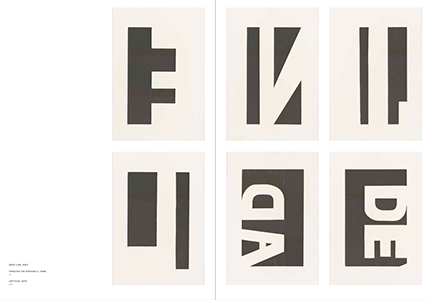