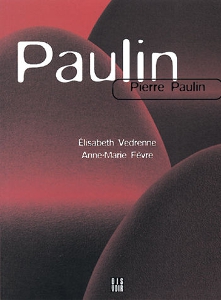 order
During the second half of the 20th century mythic French designer Pierre Paulin worked out experimental and innovative furniture and is today considered to be a true precursor of new styles of life (comprehensive monograph).
Also available in English edition.

Anne-Marie Fèvre is a design journalist.

Élisabeth Vedrenne is an art critic and journalist specialized in design, contemporary art, and architecture.
Born in 1927, Pierre Paulin has had the privilege to be one of the only representative of French design abroad during the sixties and seventies. Paulin uses a sleek, colorful and curved design. Beyond the material form lies a structural work: to design a tongue-shaped seat (The Tongue) requires thought and careful technique. Paulin will link rigor and organic throughout his career, banning exaltation and exaggeration. He stands out from his peers and models for his radical modern spirit and his functionalism.
order
Text by Élisabeth Vedrenne.
Interview with Pierre Paulin by Anne-Marie Fevre.
published in September 2001
French edition
16,5 x 21,5 cm (softcover)
128 pages (60 color & b/w ill.)
21.00 €
ISBN : 978-2-914563-04-8
EAN : 9782914563048
in stock