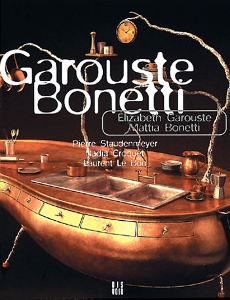 order
Monograph dedicated to an iconic couple of the design scene from the 1990's. Their use of uncommon materials with Baroque influence contributed to the development of the “Barbare” style which had a strong impact on contemporary French design aesthetics.
Also available in English edition.

Nadia Croquet is a cultural manager at the Centre des Monuments Nationaux, Paris.

Laurent Le Bon is the chairman of Picasso Museum, Paris.