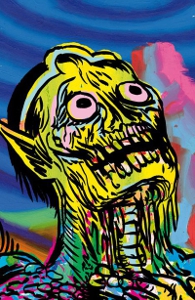 order
A selection of comics and paintings by legendary cartoonist Gary Panter. Including unpublished works from the Jimbo and William & Percy series as well as Smoke Wagon's complete comic strips, Panter's collaboration with Marvel comics on Omega the Unknown, and sketchbooks from 1979 and 2009.
Published following the artist's solo show at Galerie Martel, Paris, in 2011.
Gary Panter (born 1950 in Oklahoma, lives and works in Brooklyn) studied painting at the East Texas State University and moved to Los Angeles in 1977. In L.A. he worked on multiple fronts, including painting, design, comics, and commercial imagery, establishing a pattern of creating across traditional boundaries, and in multiple media, that endures to this day. In the late 1970s he exhibited his first major suite of paintings and drew posters and fliers for the likes of The Germs and The Screamers. He also began a long association with the various incarnations of Pee-wee Herman, as well as creating the early adventures of his punk/nuclear/hillbilly alter ego, Jimbo. In 1980 Gary published The Rozz-Tox Manifesto, a highly influential document that directed his generation to infiltrate the mainstream with underground ideas and culture. More recently, he has collaborated with Joshua White, and the duo has mounted lightshows at the Hirschhorn Museum in Washington, D.C. and at New York's Anthology Film Archives. In 2006-2007, Gary was a featured artist in the touring exhibition, Masters of American Comics. His paintings and drawings have recently been exhibited at Dunn and Brown, Dallas and Clementine Gallery, New York. In 2008, Gary was the subject of a one-man show at the Aldrich Contemporary Art Museum. Gary has won numerous awards, including three Emmy Awards and the 2000 Chrysler Award for Design Excellence.
order
published in April 2011
no text
17 x 26 cm (softcover)
120 pages (color ill.)
15.00 €
ISBN : 978-2-37543-009-5
EAN : 9782375430095
in stock 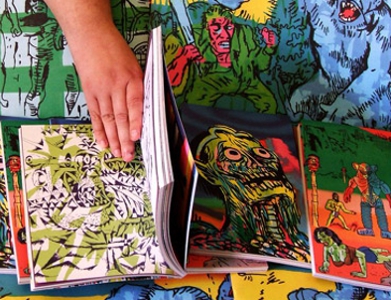 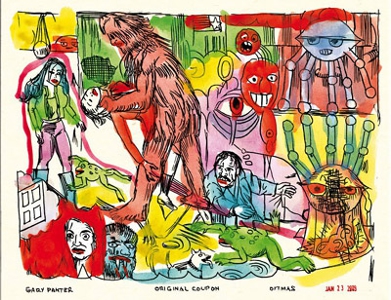 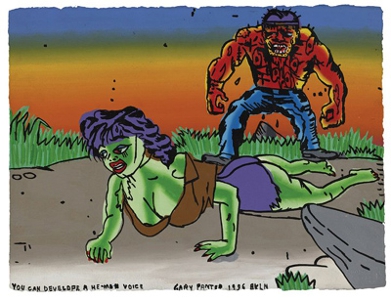