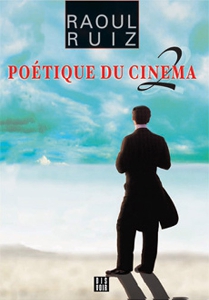 order
Following his research in Poetics of cinema, 1 on new narrative models as tools for apprehending a fast-shifting world, Raoul Ruiz with Poetics of cinema 2 makes an appeal for an entirely new way of filming, writing, and of conceiving the image.
Also available in English edition.