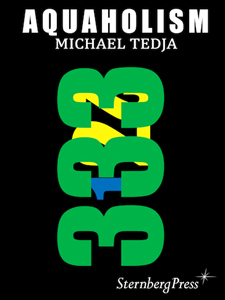 order
Michael Tedja's Aquaholism is an exhibition catalogue, a published oeuvre, an artistic treatise, a poetry collection, a visual essay, an artist's book. It is a polyphonic collage of text and image. More than seventeen years of artistic output unfold between the first and last pages. With its thoroughness, density, and associative power, the book embodies Tedja's artistic essence: voluminous, interrelated, and in continuous motion.
The title recalls Tedja's first solo exhibition “The Holarium” (2002) and highlights his process of word formation, which infuses his drawing, painting, sculpture, and curatorial work. The Holarium is a virtual container of fragments of language, rhythm, and in‐depth examinations, and Holism is the surge for elevated connections between these different parts. Aquaholism is the act of collecting these fragments, and the collector, the Aquaholist, scrutinizes discoveries in a transparent and closed aquarium—a space whose contents remain in motion.
Tedja's new terminology serves to open up established systems of sociopolitics, identification, and aesthetics: the present publication frees concepts from their accepted function. Tedja's artworks remain similarly pliable and live beyond their initial exhibition. A painting can be reworked, acquiring three-dimensional objects. Finished texts can accompany a collage, or ignite a freestanding juncture of preexisting objects. Tedja presents the artist as an active linguist who translates form and text from the studio to exhibition and public spaces.
Born 1971 in Rotterdam, Michael Tedja lives and works in Amsterdam.
order
Contributions by Nav Haq and Martijn van Nieuwenhuyzen; interview with Michael Tedja by Robert van Altena.

Published with The DFI Publishers. 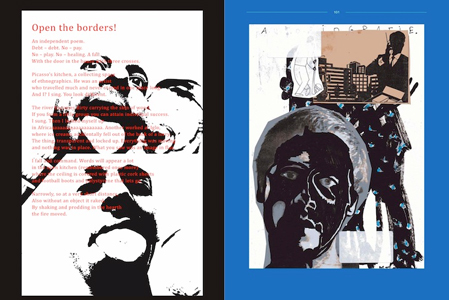 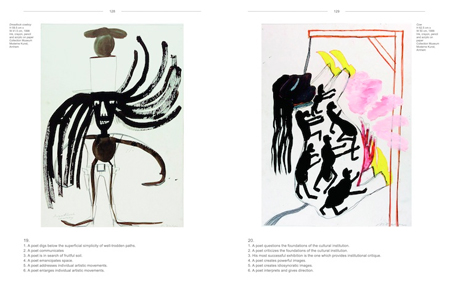 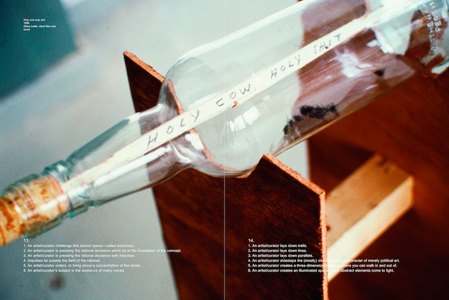 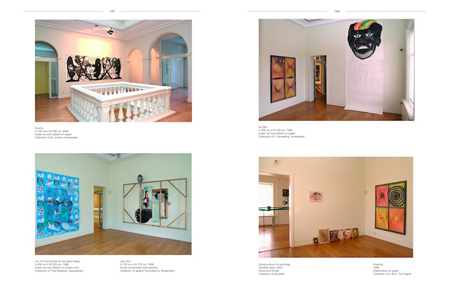