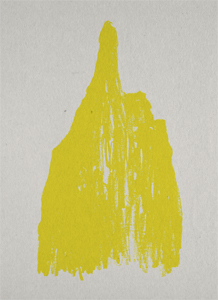 order
First monograph.
A small number of objects recur with a certain emphasis in Reymond's canvases.
On the one hand, there are what we might call the “features of childhood”. These are sometimes objects: so the Pinocchio in the yellow polyptych. More often, the reference tallies with a way of doing things. Reminiscences of childish drawings, a Christmas tree with branches upturned at their tips, vague succulents with flared leaves, expanses of water and pieces of meadow covered with a wire fence that may be a barrier; and then these decorative edges, the re-used straight lines of small curls, writing exercises for day nursery classes, embryos of decorative frames and, depending on the case, terrestrial bases or snatches of sky, in a graphic language which is, or might be, puerile.
On the other hand, suggestions coming from one or more geographical elsewheres inform these paintings. Asia frequently, Africa a little less often, and a site in eastern Europe, all overlap and mingle. No desire for strangeness, in all this, and a personal experience reduced to a powerful visual and auditory memory, one of colourful, noisy festivals in India. More the result of an anxiety, traces of which are revealed in conversations you may have with the artist. What do we actually see in the pictures? A pyramidal form recurs regularly. At times it is a mountain: it has the hue and texture of earth. The mountain may assume the colour of butter: one thinks of those mounds of fat, offerings to the deity or deities in Buddhist and Hindu temples. In the old days, stones were piled on top of each other: one thinks of those arrangements of pebbles—cairns—built by walkers to honour mountain spirits. More often, the bottom of mountains, mounds and cairns is flared to form a kind of bowl. One recognizes a temple, a gigantic stupa or miniature replica and new offering. It may also happen that the pyramidal construction is a granary: the grain storeroom in countries south of the Sahara. In several pictures, these mountains, temples and granaries are decorated with upright stems, unadmitted suggestions of the cross, or series of pennants.” Prayer flags. In all cases, whatever it may be or seem to represent, the pyramidal form is asserted in Reymond's work as precious and full of meaning: the casket of the deity or of what makes it possible to maintain life, or the meaning of life. A kind of abode?
Nadeije Laneyrie-Dagen
Born 1971 in Lyon, Florence Reymond lives and works in Paris.
order
Texts by Frédéric Bouglé, Nadeije Laneyrie-Dagen, Guillaume Lasserre, Natascha Cucheval. 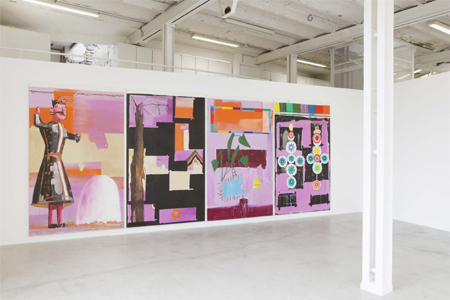 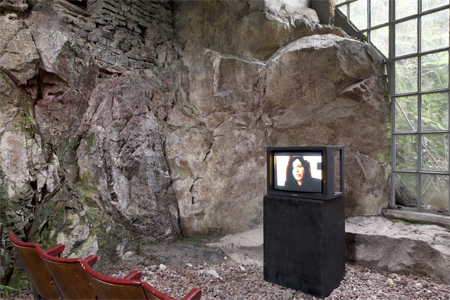 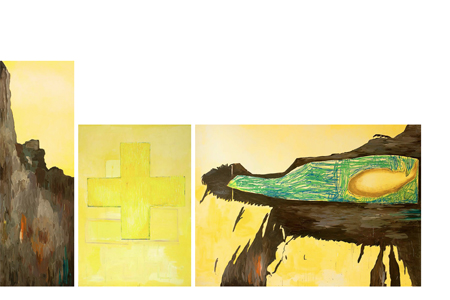 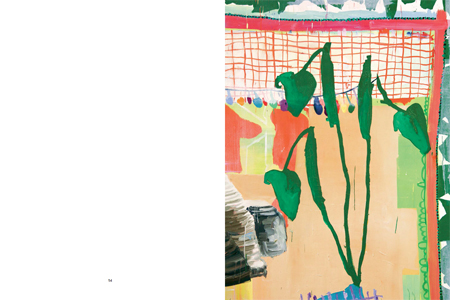 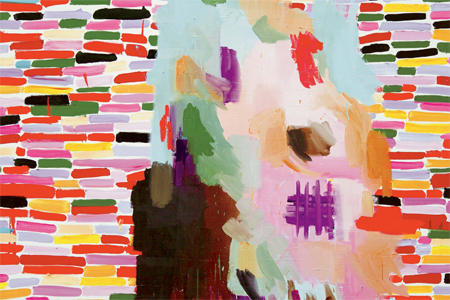 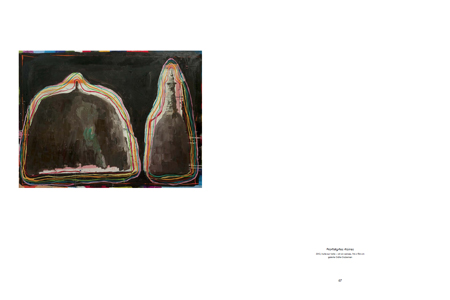 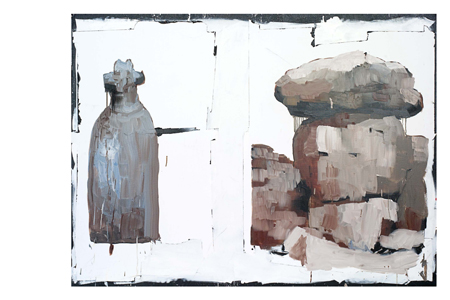 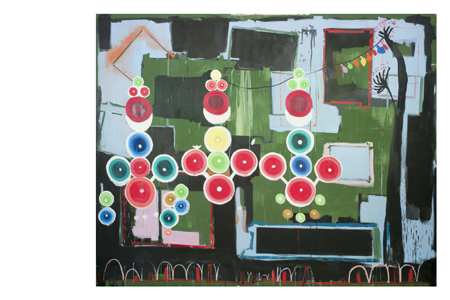 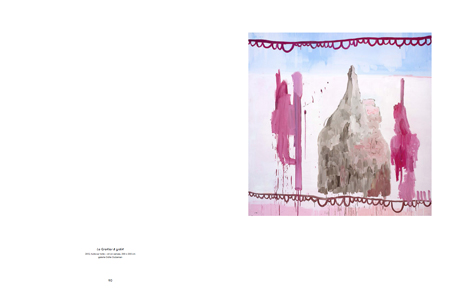 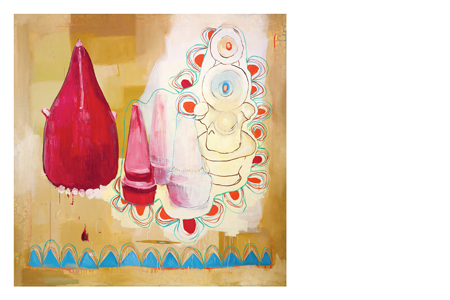 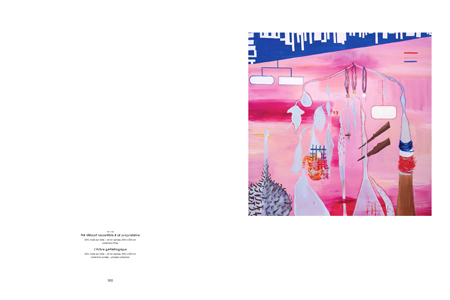