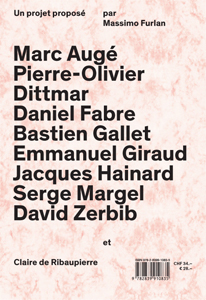 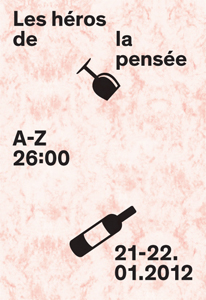 order
A heroic performance bringing together seven renowned thinkers, held to talk, on the principle of the Deleuzian ABC, of 26 different themes, during 26 hours... while drinking wine regularly.
The project “heroes of thought” is to some extent in honor of Gilles Deleuze. Brought in to play in the form of an A to Z and the question of committed and changing thought of the community and the collective (group thought), without forgetting the question of alcohol. It works the shape of the symposium, in a literal way: Symposium, etymologically, means (in Greek) to drink together, i.e. to drink and discuss together.
This project highlights the heroic posture. What is a hero? A hero is a warrior, a man of combat, whose principal qualities are courage and tenacity. He shows exceptional character, which brings him to his own limits, unceasingly trying to exceed them. The hero, here, is the figure of the thinker: he whose principal virtues are language and thought. The performers of this project thus engage themselves to go to the end of their thoughts, beyond their fatigue, their resistance to alcohol, beyond their physical limits. They commit themselves to try to carry the project to its end. It is a question of solidarity, tactic and ruse, in order to exceed exhaustion and intoxication: to maintain the conversation for as long as possible, and to build a sharp and unexpected thought together.
The project is a complete performance in its form and its duration: the project can end by fault of combatants at any moment, just as it can last for its total duration, and finish in apotheosis.
Published following the performance held at CAN, Neuchâtel, in January 2012. 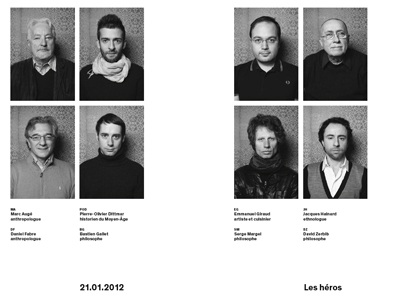 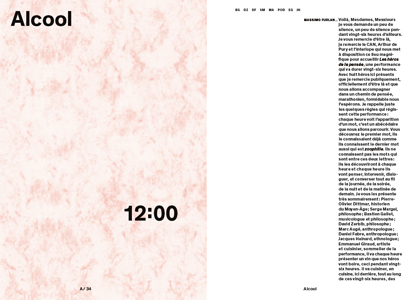 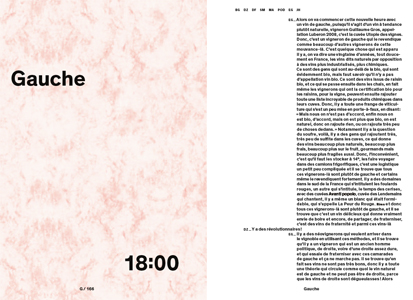 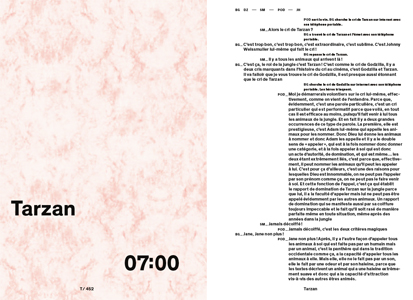 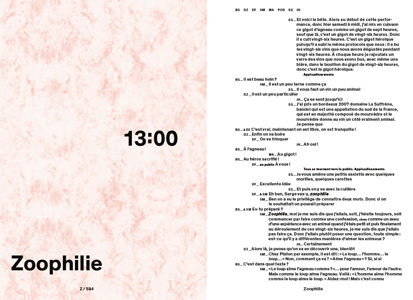 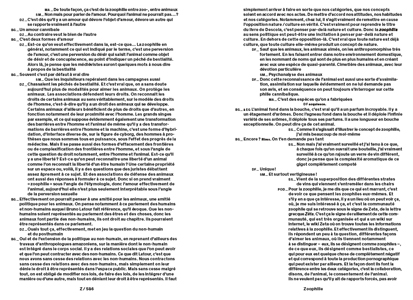 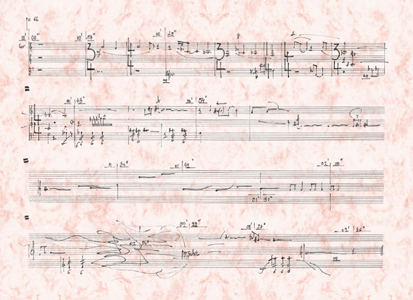