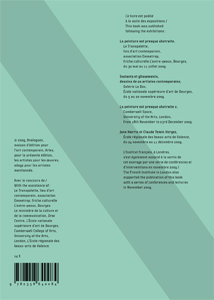 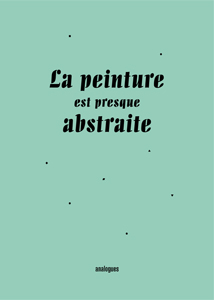 order
wishlist
A book envisaged as a critical work based on exhibitions bringing together eight French and British artists: a new approach to contemporary painting, beyond the traditional opposition between figuration and abstraction.
“La peinture est presque abstraite is the visible trace of an approach to painting which is in phase with contemporary realities and current artistic scenes. The work by the eight presented artists invites a critical analysis that extends beyond the two exhibitions scheduled in France and England. This is less of an exhibition catalogue than a critical work for which the exhibitions form the basis (texts by authors and artists, appraisals, index of artists and major exhibitions).
Painting exhibitions and their accompanying catalogues often revive the traditional opposition between representation and abstraction. This opposition continues to envisage issues related to painting solely in terms of the differences between two histories of painting, one advocated by Picabia, the other by Mondrian. Another vision is proposed here: painting as the mixing of conventions between art and media, where it is no longer considered from a “photographic perspective” (as is still often the case), but in its broader and far richer relationship to all current media and technologies (computers, internet, communication screens, object design, signs, urban culture, etc.). It thus includes references to numerous artists who can not be presented in these exhibitions (Carlos Kusnir, Albert Oehlen, Danny Rolph, Baptiste Roux, Jacques Julien, Nicolas Guiet, Han Schuil, Gracia Khouw, Paul Van der Eerden, Takashi Murakami, etc.).”
Geoffroy Gross and Olivier Gourvil, April 2008
Published on the occasion of the exhibitions La peinture est presque abstraite, Le Transpalette, Bourges (May-July, 2009) and La peinture est presque abstraite 2, Camberwell Space, London (November-December, 2009). 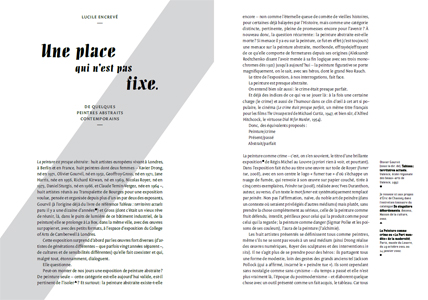 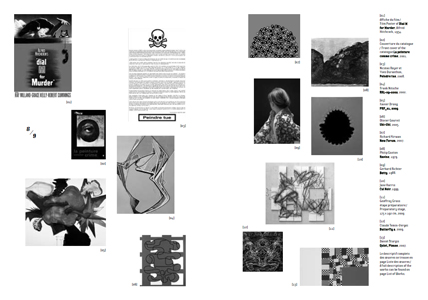 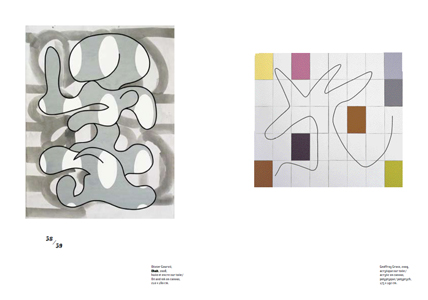 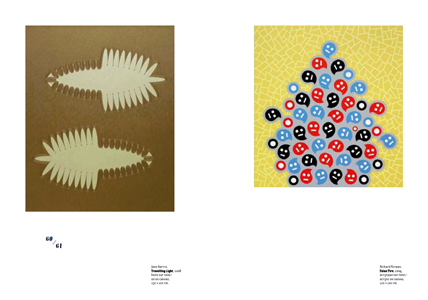 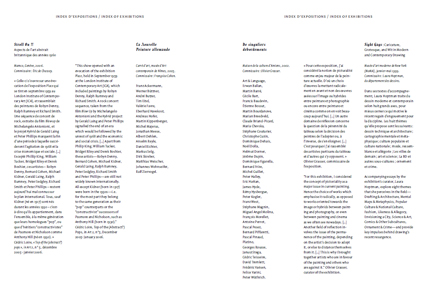