order
Rita Ackermann's paintings and collages.
New York City based artist Rita Ackerman was born in Budapest in 1968. From 1989 to 1992, she attended the Academy of Fine Arts in Budapest and from 1992 to 1993, she attended the New York Studio School of Painting, Drawing, and Sculpture, which is also know as the Hanes Foundation. Her work consists mainly of vivid oil paintings, but also of drawings, collages, and installations that often deal with the issues of popular culture.
She had solo exhibitions since 1995 in places like New York, Tokyo, Amsterdam, Holland, and Paris. Her latest solo shows include one at Andrea Rosen Gallery in New York, and Peter Klichman Gallery in Zurich. She has also been selected to take part in the 2008 Whitney Biennial. 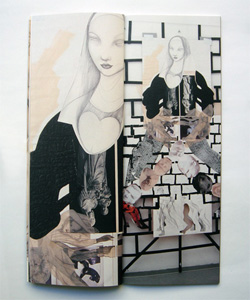 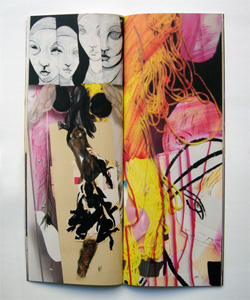 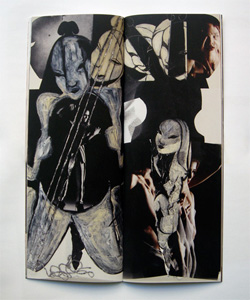