Salvatore Mangione (1947-2015), known as Salvo, is an Italian artist. At the beginning of his career, Salvo met with some of the major figures of Arte Povera (artists Alighiero Boetti, Mario Merz, Gilberto Zorio, Giuseppe Penone, and art critic Germano Celant). Through their influence, he first created a series of funerary monuments in marble on which were inscribed words and phrases with ironic twists. It was also during this period that the artist began his photographic work. In 1973, Salvo turned away from conceptual art and went back to painting, engaging in several series of self-portraits and landscapes, up until his death in 2015. 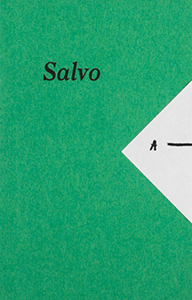