After being raised in Argentina, Corinne Wasmuht (born 1964, Dortmund, Germany, lives and works in Berlin) then returned to Germany where she studied at the Kunstakademie in Düsseldorf. She currently teaches at the Akademie der Bildenden Künste in Karlsruhe. Wasmuht's work has been exhibited extensively in both Europe and the United States. Recent solo exhibitions include the Kunsthalle Nürnberg (2010) and Kunsthalle zu Kiel (2014). Wasmuht has received several distinguished awards among them the Art Award of the City of Offenburg (2011) and most recently the Käthe-Kollwitz Prize (2014). Her work has been included in numerous international exhibitions including the Kemper Art Museum in St. Louis (2011) and the 54th Venice Bienniale (2011). Her work is also in the permanent collections of the most important German institutions including the Kunstmuseum Bonn, Staedel Museum in Frankfurt, Kunsthalle zu Kiel, Berlin's Nationalgalerie and the Von der Heydt-Museum. 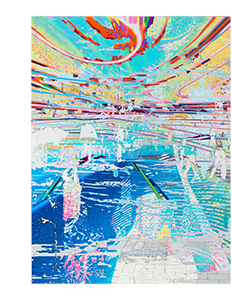 Alnitak
2015
English edition
Petzel
The work of Corinne Wasmuht calls into question painting's status in the digital age. Her panorama-like pictures depict futuristic science-fictional landscapes and structures the artist refers to as mirages. This catalogue features beautiful reproductions of Wasmuht's new and recent paintings, installation views and a conversation with Sabine Eckmann. 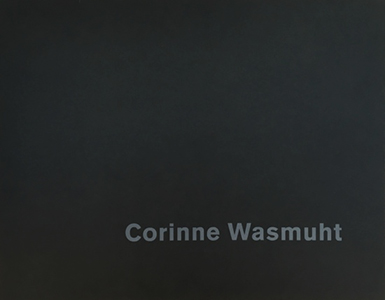 untitled
2008
English edition
Petzel
A large catalogue introducing the dreamlike paintings of Corinne Wasmuht: fantastical landscapes layered upon each other, allowing the viewer to enter numerous dimensions at once.