The work of Paulina Olowska (born 1976 in Gdańsk, lives and works in Raba Niżna, Poland) demonstrates an interest on Communist Poland's fascination with Western consumerism and celebrates the spirit and stylish improvisations of the "Applied Fantastic"—a term coined by Polish writer Leopold Tyrmand in 1954, to describe the vernacular re-creations of Western styles.
In her paintings, collages, and knitted works, Olowska incorporates text and graphics from found illustrations or images that have a decidedly "behind the Iron Curtain" look, while paying tribute to American Pattern and Decoration art of the 1970s and its use of non-traditional contemporary art mediums such as tiles and textiles.
Olowska, who lives and works in the Polish countryside, has had recent one-person and project exhibitions at MoMA, New York (2011); Tramway, Glasgow (2010); Pinakothek der Moderne, Munich (2009); DAAD Galerie, Berlin (2008); and Portikus, Frankfurt (2007). 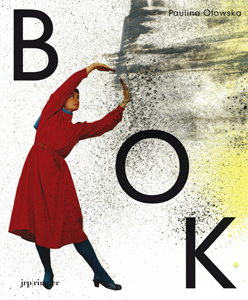