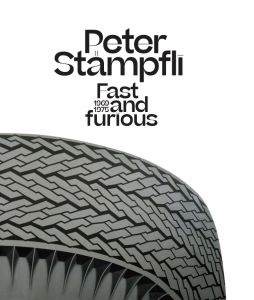 order
wishlist
Monograph dedicated to the productions made in the early 1970s by major Swiss painter of Pop Art and Narrative Figuration Peter Stämpfli, period from which he devotes himself to the figure of the tire, with two essays by Didier Semin and Gaël Charbau.
"Raymond Hains liked to use the name of a feudal practice of confiscation—the droit d'aubaine, an expression long since fallen into disuse—to designate the practice by artists in the 1960s of arbitrarily appropriating a common good and proclaiming it their property and trademark. [...] This appropriation is in no way the result of an arbitrary or calculated decision: Stämpfli came to focus his painting on imitating tyre treads only after a slow process, in which intuition and visual exploration, not calculation, played an essential role. In 1962, he abandoned abstract expressionism (which he was still practicing when he arrived in Paris in 1959) in favour of elegant, sparing, realist figuration, contemporary with the paintings of Tom Wesselmann, one of the leading figures in American Pop art, though not always adequately recognised as such today. For seven years, he focused on images of everyday life, gradually paring down his paintings to only green or white backgrounds: during this period of maturation, he tightened both his framing [...] and his field of exploration, reducing it first to the automobile, then to wheels, and finally to tyres."
Didier Semin
Published on the occasion of the eponymous exhibition at Georges-Philippe & Nathalie Vallois gallery, Paris, in 2022.

The book comes with different covers, randomly distributed.
Swiss painter Peter Stämpfli (born 1931 in Deisswil bei Münchenbuchsee, Switzerland) started as a figurative visual artist, whose works were close in style to British Pop Art. Later, his practice focused on the theme of the automobile, creating artworks inspired by the representation of the tire, which he released from its environment to keep only the geometric and purified print, declined on different media.
Stämpfli has settled in Paris since 1959, and established very rapidly his career in the international art scene, being represented by prestigious galleries such Bruno Bischofberger in Zürich and Jean Larcade in Paris. Isolated on a plain white background, the character from "Autoportrait au raglan" ("Self-portrait with raglan"), as well as this dashboard of a car from "Ma voiture" ("My car"), both painted with much accuracy as distance, appear in 1963 already as a rare immediate answer in Europe in the surge of American Pop Art. "Like other European artists who had begun to look to the brash imagery and large scale of advertising, poster art, photography and the cinema as sources of inspiration for a reconfigured representational art that could rival the intensity and formal impact of abstraction, Stämpfli was encouraged to pursue this new direction by his awareness of American and British Pop Art" (Marco Livingstone). From 1966 onwards, he focused on a particular object of the consumer society – automobiles – and from 1970 on he restricted himself to tires, and precisely to tire treads. Peter Stämpfli developed a radically new pictorial language which featured an extremely magnified image of what he (paradoxically) calls the "sculpture of tire." From this sole and specific subject, he revisited the history of geometrical abstraction, transforming a very ordinary theme to illustrate "the power of the art to convert every elements with aesthetical qualities" (Henry Martin, in Art International, 1971). This single subject is, for Stämpfli, a way to question, without ever repeating himself, every technique and means employed in the execution of the painting. Working precisely and obsessively on tire tread prints, Stämpfli made this pattern his signature.
Today Peter Stämpfli's works are part of many public collections. Among them are: the Museum of Modern Art in New York, the Centre Georges Pompidou in Paris, the Kunstmuseum in Zürich.
order wishlist
Edited by Marianne Le Métayer.
Texts by Didier Semin et Gaël Charbau. 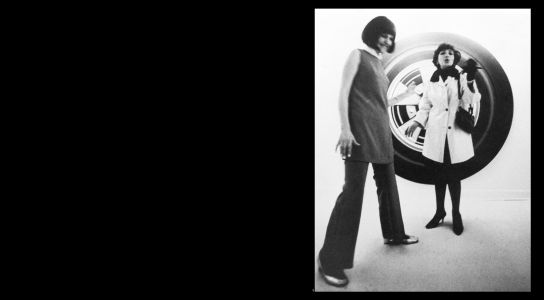 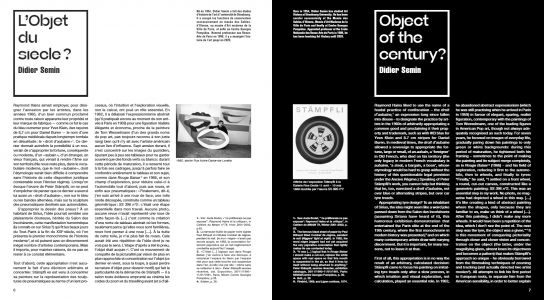 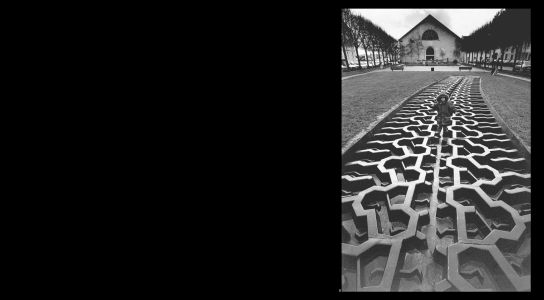 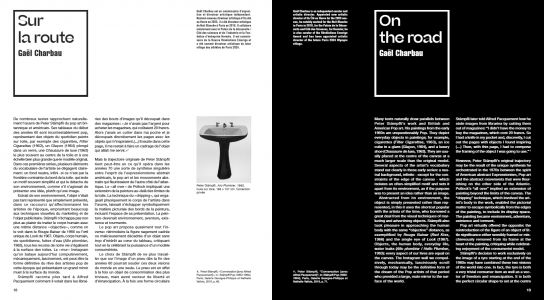 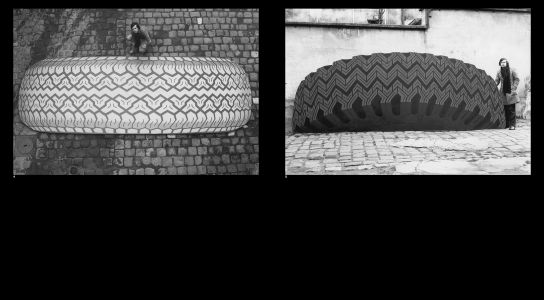 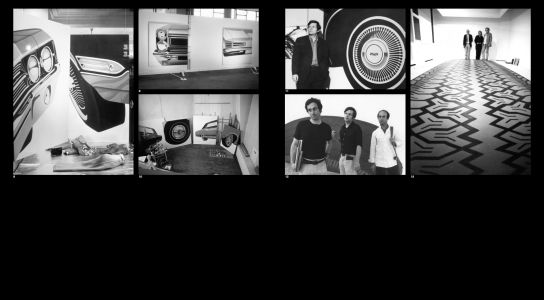 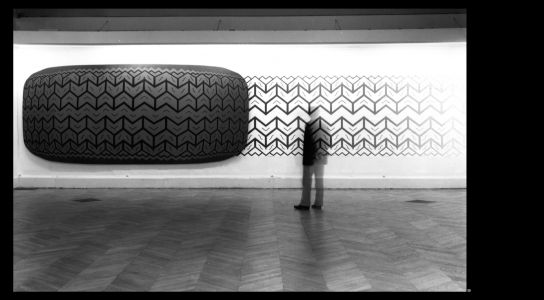 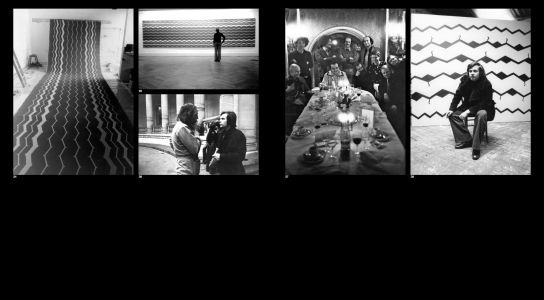 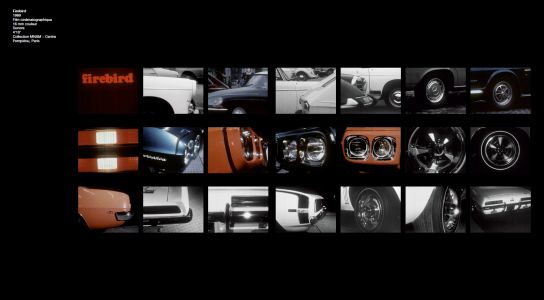 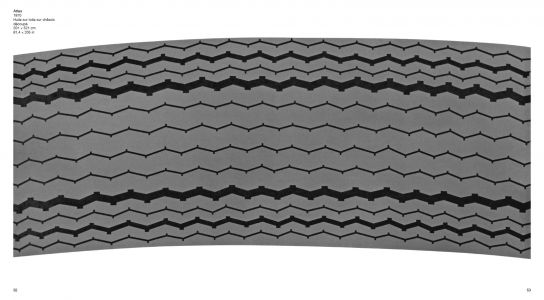 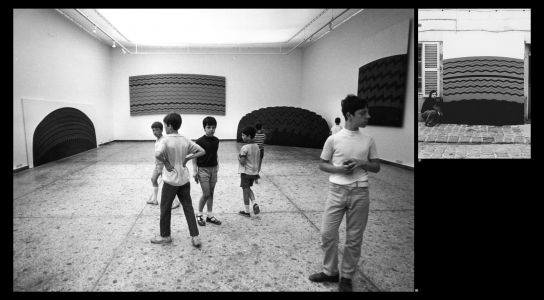 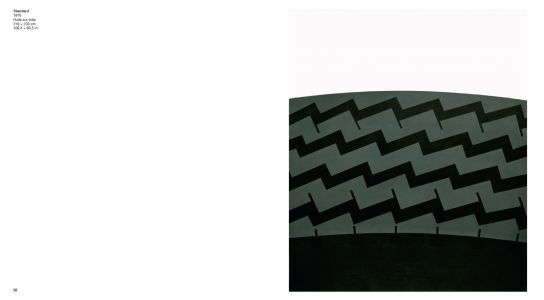 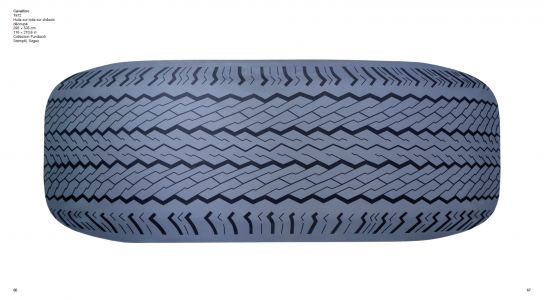 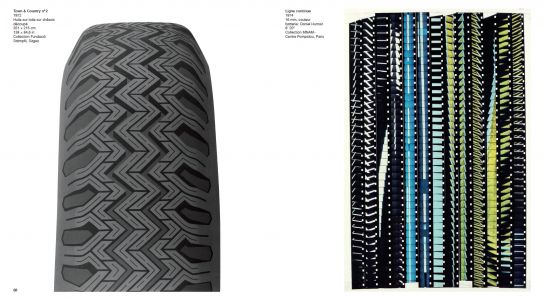 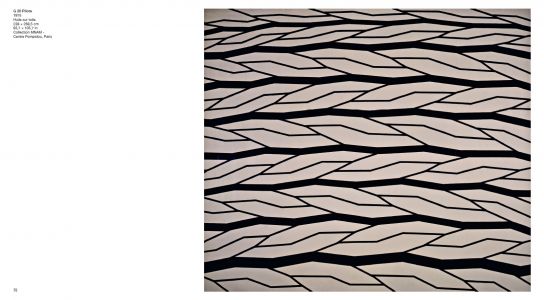 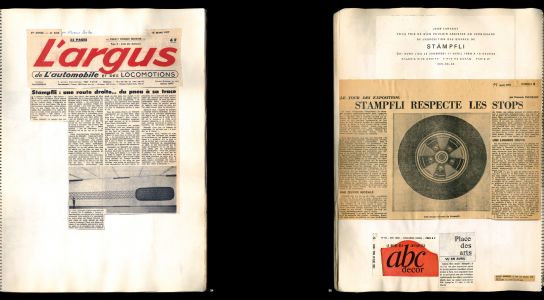