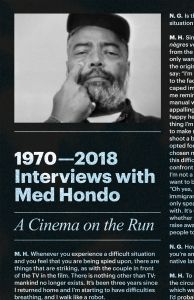 order
wishlist
Seventeen interviews conducted with Med Hondo over a period of almost half a century, most of the interviews originally published in French were translated into English.
To read Med Hondo opens us up to many perspectives: to his work and its time-historical contexts, to his interests and obsessions, to his standpoint with regard to the intertwining of politics, economics, and culture. Med Hondo describes the school of pronunciation until such point as the slightest accent is erased; he observes the insults immigrants in France have had to tolerate, and fuses their stories and histories with the present; he builds bridges to the Caribbean and to the Western Sahara, to Algeria and Burkina Faso, to Niger and Senegal, to South Africa and the USA. This publication aims to draw attention to Med Hondo's cinema and legacy.
The book originated in the long-term project Cours, cours, camarade, le vieux monde est derrière toi—Run, comrade, run, the old world is behind you—The Cinema of Med Hondo.
Franco-Mauritanian director, screenwriter, producer and actor, also known for his work in dubbing, Med Hondo (1936-2019) is one of the great figures of African cinema. His militant work denounces neo-colonialism, racism, the rupture between the peoples of Africa, immigration policies and the resulting social violence.
order wishlist
Edited by Marie-Hélène Gutberlet and Brigitta Kuster.
Interviews by Michel Ciment and Paul-Louis Thirard, Moune de Rivel, Jean Delmas, Madeleine Dura, Noureddine Ghali, Guy Hennebelle, Rémy Kleib, Marcel Martin, Meneceúr Merzak, Françoise Pfaff, Don Ranvaud, Mark Reid, Jean Roy, Catherine Ruelle, Christian Scasso, Melissa Thackway.
published in December 2020
English edition
14 x 22 cm (softcover)
196 pages
20.00 €
ISBN : 978-3-948212-07-0
EAN : 9783948212070
in stock 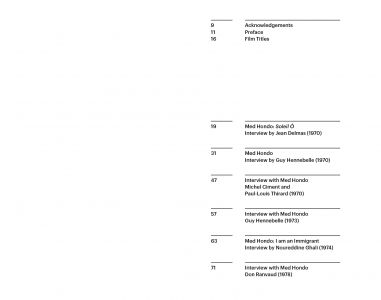 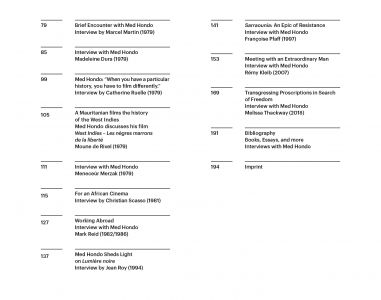 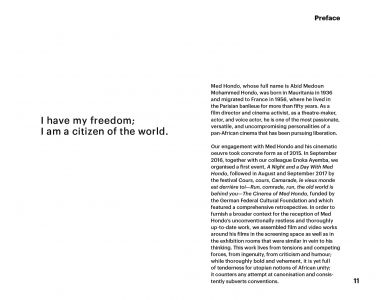 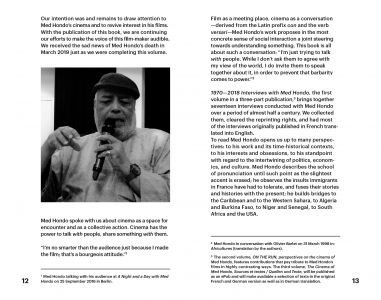 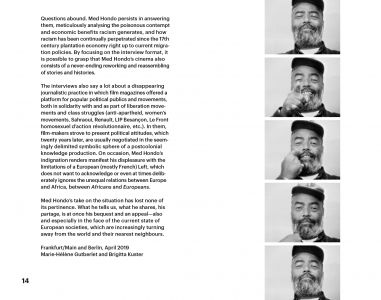 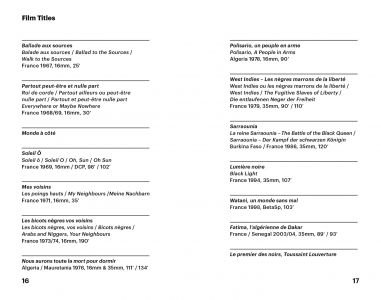 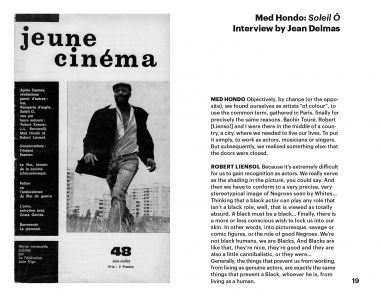