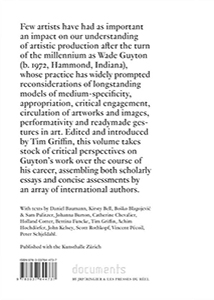 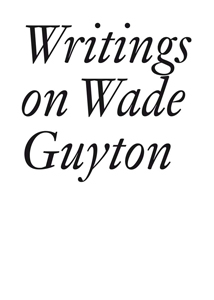 order
wishlist
A critical perspective on Guyton's work.
Few figures have had as important an impact on our understanding of artistic production after the turn of the millennium as Wade Guyton, whose practice has widely prompted reconsiderations of longstanding models of medium-specificity, appropriation, and critical engagement—and, perhaps more provocatively, performativity and readymade gesture—in art.
This volume takes stock of critical perspectives on Guyton's work over the course of the artist's career, assembling both expansive, scholarly essays and more concise, journalistic assessments by an international array of authors—Daniel Baumann, Kirsty Bell, Johanna Burton, Catherine Chevalier, Bettina Funcke, John Kelsey, Scott Rothkopf, and Peter Schjeldahl among them—offering an invaluable reference for any reader coming to terms with this unique practice.
Just as significantly, the volume holds up a mirror to the rapidly changing context for Guyton's work, which in a few short years shifted from discussions of the widespread use of modernist motifs in art during the early 2000s to others revolving around the artwork, anticipating its continuous circulation as digital media became ubiquitous in art and culture alike.
A foreword by editor Tim Griffin examines Guyton's production and reception, underlining the continual dialogue between the artist's work and cultural setting, shedding light on the different times, and Guyton's contrapuntal mode of engagement throughout.
Wade Guyton (born 1972 in Hammond, Indiana, lives a,d works in New York) is one of the most influential representatives of a generation of artists who reflect on and produce images in a digital era. Although some of his works question the structure and language of painting, in the traditional sense of the word, they still radically modify codes and modes of production. Guyton's paintings are indeed realized by putting canvases several times through huge inkjet printers to print motifs and letterings. Errors, drips, and misprints are part of the general composition process and ensure the result's unicity: “The first works I created digitally, it was like writing, but the keyboard replaced the pen. Instead of drawing an X, I decided to push a key.” Repeated under different electronic formats, these signs—may they be Xs, Us, or even the image of a flame scanned from a book—have all become contemporary art icons. 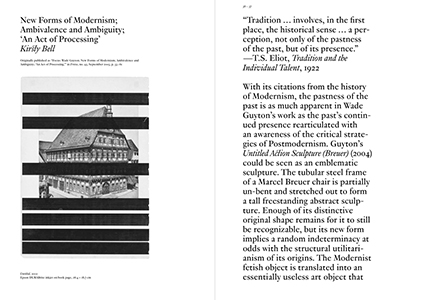 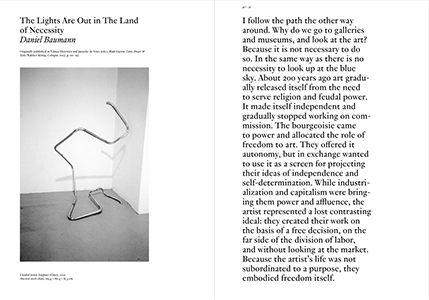 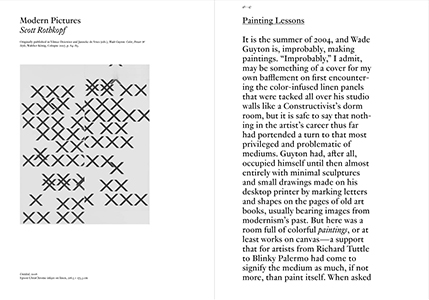