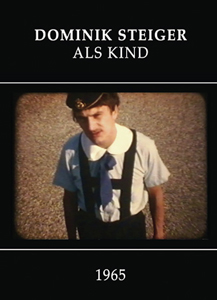 wishlist
A film by Oswald Wiener (1965).
Austrian artist Domink Steiger "as a child". Dressed up in a sailor suit, playing with himself and toys on a roof-top and out in the streets and at a playground with other children under the suspicious eyes of mid 1960's Vienna inhabitants. This work could be seen as some sort of an (unintended) Steiger-esque version of the "Wiener Spaziergang" action by Günter Brus which coincidently happened the same year in the same city. But this film is not just a documentation of a happening but an experimental film by Oswald Wiener (b.1935), one of the founding members of the "Wiener Gruppe". Filmed with a Super 8 camera and edited by hand, with fast cut's and short bursts of over-exposure.
Edition of 100 numbered copies.

Copy signed by the artist.
Dominik Steiger, born 1940 in Vienna. University drop out. Joins the French foreign legion 1959 but was dismissed a year later for psychiatric reasons. 1961 first poems and beginning of a bohemian life. 1961-64 vagabondage through Europe and Asia. Published several books of poetry and prose since 1961. First drawings published 1972 by Günter Brus in his periodical “Schastrommel”. Exhibitions of graphic works since 1975 in galleries throughout Europe. Ad hoc musician. First LP of songs “Wiener Lieder und Gemischte Waisen” published 1979 in Dieter Roth's Verlag. He cooperated repeatedly with more or less renowned artists in concerts graphic team works, literary events etc. In 2004 he received the honorary literature prize of the Republic of Austria and in 2008 the fine arts prize of the City of Vienna.
Dominik Steiger lives and works in Vienna.
Oswald Wiener (born 1935 in Vienna) is an Austrian writer, cybernetician, language theorist and musician, one of the founding members of the “Wiener Gruppe” (with Gerhard Rühm, Friedrich Achleitner, H.C. Artmann and Konrad Bayer). 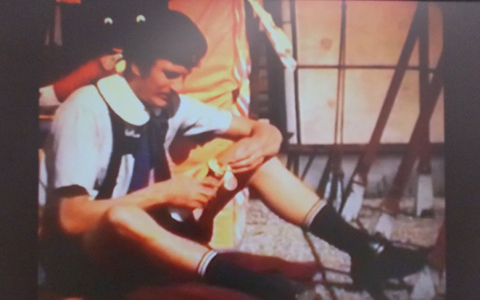 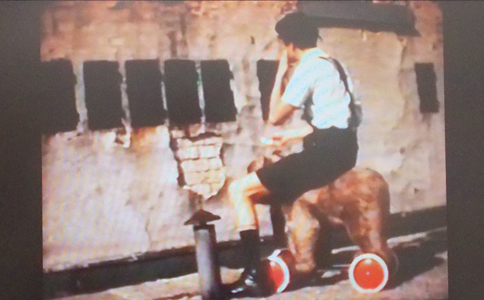