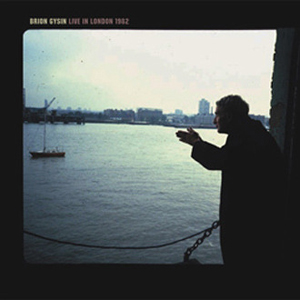 order
wishlist
Recorded four years before the death of Beat legend Brion Gysin, this live set features the poet reciting poems from the late '50s and early '60s, accompanied by a makeshift no wave backing band.
Autumn 1982, Brixton, London, Brion Gysin renews the methods of performance by reciting texts with Ramuntcho Matta in the style of Brion. He called this session White Funk. Most of the texts were written upon meeting Burroughs, at the time of the invention of the cut-up. The influence that Brion Gysin has had on contemporary music may never be taken fully into account, particularly when he introduced Brian Jones, of the Rolling Stones, to the shepard's music of Joujouka. Those times were still audacious: the music was created during the sound-checks! Musically, the choice of traditional instruments expresses the desire to be free of machines (because, as Burroughs says, “We ourselves are machines”).
This recording is evidence of the extraordinary creativity and spontaneity of the musical and artistic scene at that time. It hasn't aged a bit. Beyond the nostalgia inspired by the invocation of that bygone cultural scene, there is a call for a creativity of which it is difficult to find examples today.
order wishlist
published in 2007
13.00 €
in stock